Ryuji Danma (弾間龍二, Danma Ryūji) is Eikichi Onizuka's best friend since middle school with a past as co-founder of the Oni-Baku of Shonan. Now, Ryuji continues his passion for bikes with his job as a mechanic, opening his own workshop.

Even now, Ryuji still gets involved in Eikichi's adventures.

He's the mature one of the two and often gives Eikichi some good advice.

When he was part of the well known Oni-Baku (Oni, meaning demon, comes from Onizuka - Baku, meaning bomb, comes from Danma, which means explosion). They were 16-year-olds and used to fight gangs that vastly outnumbered them; although, thanks to their abnormal strength and uncommon charisma, the two slowly become legends. Ryuji is notable for being one of the few fighters capable of matching Onizuka in strength and skill.

His parents are well-off and they and his younger brother Yoshitaka are embarrassed by his delinquent ways. His sister Yoko is more understanding and lets him stay at her apartment sometimes.

During the events of Bad Company, Ryuji is a second year middle school student. He transferred from Tokumaru Private School to Hacchu Public Middle School. Ryuji first met Eikichi on the day he transferred schools.

Ryuji receives his Honda CBX from Natsuki, a former member of the Midnight Angels.

Ryuji is one of the main characters of Shonan Junai Gumi. He is one half of the Onibaku duo. Ryuji was a student at Tsujido High School, and was in the same class as Eikichi.

At the start of the series Ryuji is a first year student at Kyokuto High School. Ryuji and Eikichi leave Kyokuto to join Tsujido High School in order to achieve their goal of losing their virginity. By the end of the series more than a year has passed and Ryuji is now 17 but he is still a first year at Tsujido High due to him and Eikichi repeating a year.

Ryuji's first love was Ayumi Murakoshi, his and Eikichi's teacher at Tsujido. After several challenges including Fumiya Shindoji, the younger brother of Ayumi's dead boyfriend, attacking them, they finally became a couple. They went to a church alone at night and said private vows to each other, but the next day she left town, feeling it was unfair to deprive Ryuji of his youth.

Ryuji later met Nagisa Nagase and fell for her, but had to fight her evil alternate personality, Yasha, and Yasha's boyfriend Junya Akutsu. When Akutsu tried to make Yasha kill Ryuji, Nagisa fought back and took back her body, leading to her getting stabbed instead. She and Ryuji were rushed to the hospital and she managed to finally get rid of Yasha once and for all.

After becoming an official couple with Nagisa, Ryuji's parents kicked him out of the house for his delinquent ways, paying for an apartment. Ryuji angrily refused any assistance. With Nagisa, who had also run away from home, he moved into an abandoned bus, which they furnished with stuff stolen from the school.

In GTO, Ryuji owns his own motorcycle shop. He occasionally hangs out with Eikichi and helps him out. 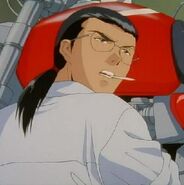 Ryuji demonstrates his mechanical ability while he smokes. 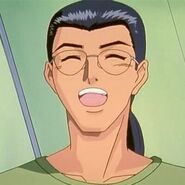 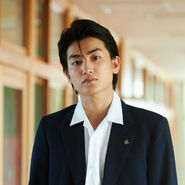 This article is a stub. You can help Great Teacher Onizuka (GTO) Wiki by expanding it.